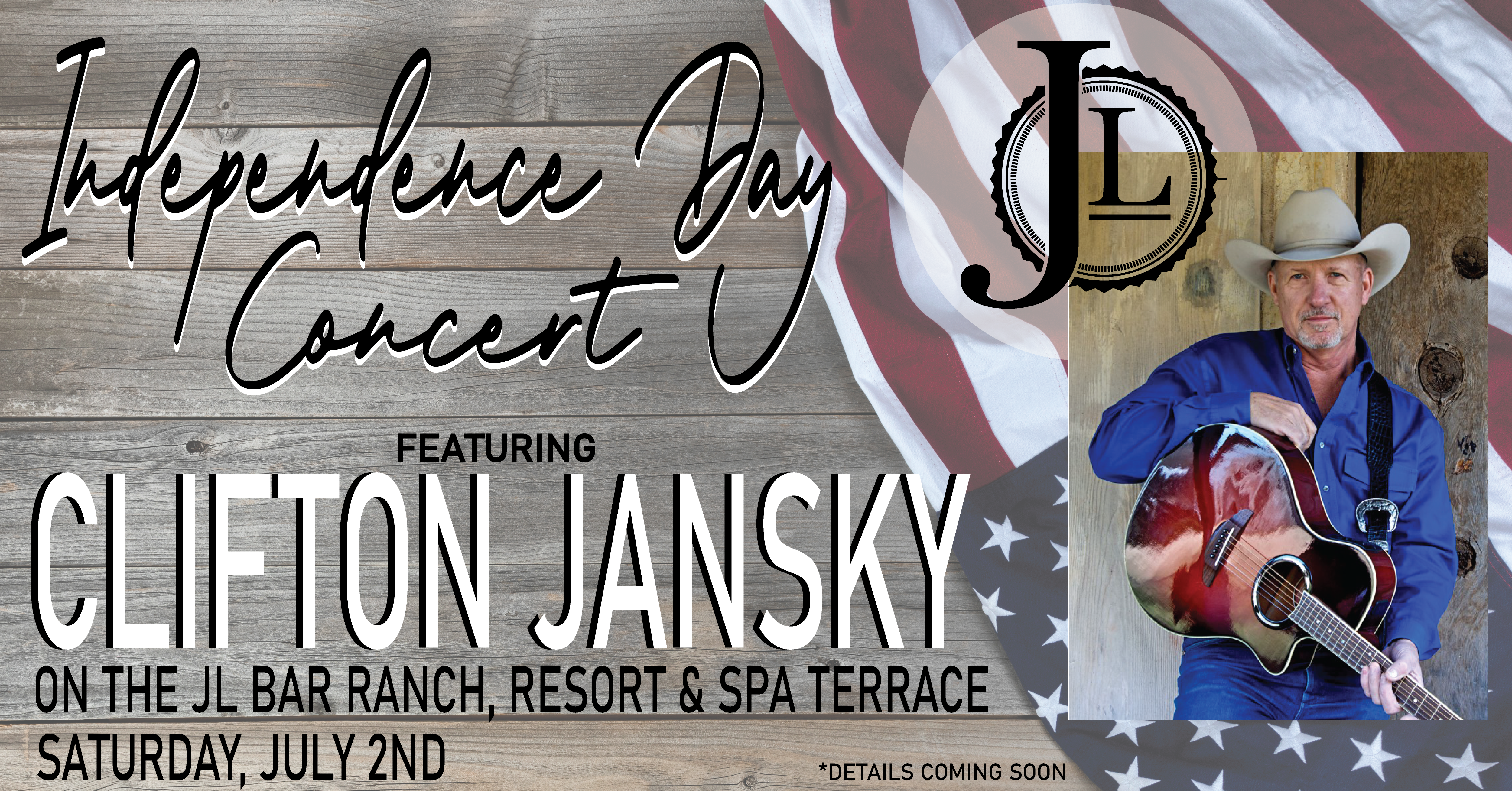 Jansky has 12 Country Singles that hit the charts, including Amarillo By Morning which was later recorded by George Strait. He has opened shows for a wide range of well-known artists such as Willie Nelson, Eddie Rabbitt, Gary Morris, Randy Travis, the Oak Ridge Boys, and more. Later in his career, he transitioned into Christian Country music, adding 6 nationwide #1 songs to his accolades. He has received many awards from the Christian Country Music Association including 2002 CCMA Male Vocalist of the Year, 2004 CCMA Entertainer of the Year, and 2005 CCMA Songwriter of the Year.

We are so excited to bring Jansky for an intimate performance for our guests and visitors at The JL Bar Ranch, Resort & Spa Main Lodge Terrace. Tickets will be limited; a first-come basis. General Admission Tickets will be FREE OF CHARGE for our resort guests so plan to make a weekend stay of it by booking your rooms now, before we sell out!

Tickets will soon be on sale at jlbar.square.site! As a resort guest, your ticket will be complimentary. Book your weekend stay with us to secure your event tickets: BOOK NOW.

Be sure to follow us on social media (@TheJLBar).

JOIN OUR COMMUNITY!
Would you like to keep up to date with our latest news and upcoming events? Enter your email address to join our mailing list below.

Please click on our promotions page here to learn about available discounts and specials.